Next week, Jem and I will be boarding a plane for another 10-hour transatlantic flight. Wish us luck.

In his 4 years, we have made the trip seven times. The first, at 10 weeks of age, was far and away the easiest. (Well, sitting for hours on end, with a baby asleep on my chest, was the norm back then). The next five, I try not to think about (nine and a half hours walking the aisles; five hours kicking the seat in front- Jem, not me; another five ignoring the occupant's muttering glares; armrests that wouldn't fold up to let an exhausted child lie down; wet nappies; wet pants; wet seats. I could go on...)

Then, last year, quite out of the blue, we had a perfect trip. We even enjoyed it- both of us. Now, it might have been fluke but, just in case, here are some of the tactics that we'll be trying to replicate this year:

1) Pack a change of clothes in your hand luggage (preferably a set or two for each of you). It takes up a lot of space, but sitting for 9 hours and 45 minutes in wet pants/shirt/socks (delete as necessary) is best avoided. (Pee, vomit, Evian, it makes no difference). And don't forget a plastic bag for the wet stuff.

2) Pack plenty of snacks. Airline food is unpredictable (except in its size, infrequency and lack of appeal to small children). Dried fruit and nuts are good options but don't forget a few treats. Chocolate buttons are a great mood-booster (and children usually like them too).

3) Pack a kid's backpack with books/toys etc. Obviously, you can't bring enough to last the whole trip (and you want your children to be able to carry their own bags, if at all possible), but some CBeebies magazines, some plasticine and his beloved Lego mini-figures kept Jem going for a good seven hours (and a couple of extra new ones helped to eke out the remaining minutes). Airline tables are too tiny for any serious play, but we found that standing up and using his seat as a work-surface was a decent alternative. NB make (at least) a mental inventory of what you've brought and execute an SAS-style sweep of the surrounding area before leaving the plane.

4) Choose an aisle seat. If you have the option, having uninterrupted access to the aisle far outweighs any fleeting entertainment provided by a window seat. Being able to walk the aisles and visit the loo without having to disturb your neighbour may seem unimportant at take-off but, as the hours tick on, it becomes invaluable (especially if like Jem, it can take ten trips to the bathroom to produce one poo- see The House at Poo Corner...) That said, flying over the North Pole on Christmas Eve with a window-view was worth its weight in reindeer.

6) In the absence of fairy dust, think happy thoughts and remember that this too shall pass.

We'll let you know how we get on next week...
Posted by Claire Hatcher at 21:00 No comments:

Today's post is inspired by Tara's gallery. (If you'd like to join in, or view the other entries, you can find out all you need over at her wonderful blog, Sticky Fingers). 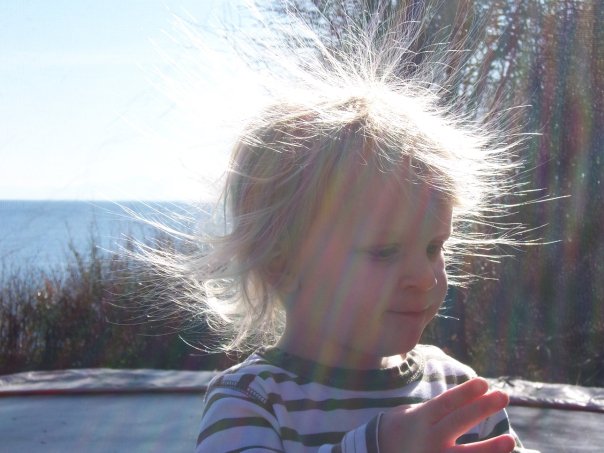 As I doubt there will ever be a Gallery category Trampoline Hair (though I'd love you to prove me wrong, Tara), I thought I'd use this shot for the Sunshine post.

Well, the sun does shine rather nicely through Jem's hair.

And the static-effect does (sort of) mimic a child's drawing of the sun.

But really it's because Jem himself is my sunshine (my only sunshine...on my shoulders...on a rainy day...).

No matter how many loads of laundry (or "I hate you"s); no matter how few hours of sleep (or moments of me-time); and no matter how miserably, moodily bleak I feel: just a glance, a giggle, or five small fingers finding mine, bring me back to the light. 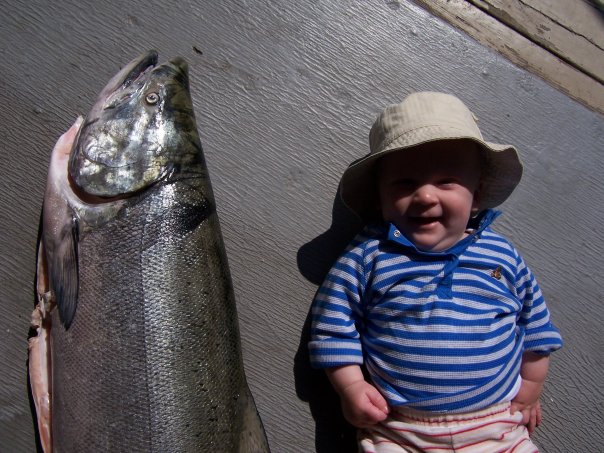