The Big Easy (aka Laxatives and Stool Softeners) 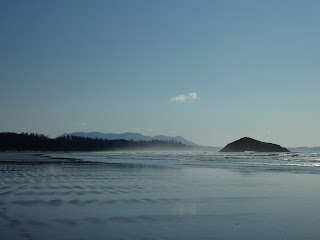 Two weeks ago, when I began this quest, one of my goals was to wean Jem off laxatives. But, according to what I've discovered, if stool-retention is the responsible culprit for your child's chronic constipation, the first vital step is to break the cycle by keeping poo as soft and pain-free as possible.

Well, I can see the sense in this but my maternal instinct still kicks against the ongoing use of any drug, particularly one that might lead to a physical dependency (as most laxatives do). And, in our experience, nothing we've tried has really worked: Senna is too crampy; Milk of Magnesia too inconsistent; and Ducosate Sodium just plain too disgusting.

After chatting with our pharmacist, and discovering that Peg 3350 (available over-the-counter in Canada as Restoralax or Lax-a-Day) is one of the few laxatives that doesn't result in gut-dependency with long-term use, I rushed home feeling like I'd snatched the golden goose.

One week on, I can barely believe the transformation (neither can Jem). First off, the stuff is totally tasteless. Secondly, it actually works. Gently and consistently. No more swings between watery and hard stools; just smooth, easy poo.

Now, this is obviously only the beginning of the story...but Jem is already using the bathroom at least every other day, with fewer contortions and less anxiety. And the whole affair, with a couple blips, takes less than five minutes. I can almost see the day, when opening his bowels is no big deal. For either of us.

Now for the standing back and doing nothing...
Posted by Claire Hatcher at 10:28